Since I began my culinary adventure many many moons ago, I have a mast quite the collection of pots, pans and gizmos and to be completely honest, it borders on hoarding tendencies with regards to kitchen gadgets. My kitchen drawers, cupboards and counters are cluttered with these trinkets some from late-night infomercials.

Other than my set of great well made Knives | Zwilling J.A.Henckels consisting of a chef, a serrated (bread), a boning and a paring knife.

There’s one piece of kitchen equipment that I use more than any other.

That would be A Cast Iron Skillet

Reasons Why I Love My Cast Iron Skillet

One of the most important reasons I love my cast iron, it does such an amazing job of evenly distributing heat that you’ll never have a really bad hot spot on it so half of your food is burned and the other half raw. That is a cook’s nightmare.

Cast iron takes longer to warm than other surfaces but retains heat remarkably well. It remains hot long after you remove it from the stove. Drape a thick towel or a mitt over the handle as a reminder to be careful. *An industry trick to tell/remember that something is HOT is to dust the handle with flour.

Cast iron can sustain very high heat, 450/500 + degrees in an oven. You can even cook on an open campfire with it.

It is durable. It can be dropped, scratched and discoloured but it won’t damage it. Well it is made of iron. 😉

It increases the iron content in food. The longer the food is in contact with the skillet, the more it absorbs.

A cast iron skillet can be just as effective as a grill. For example, for my husband’s birthday in March, I cooked a steak in my cast iron and it was just as good as if it’d been cooked on a grill. Perfectly medium rare with a really nice crust. 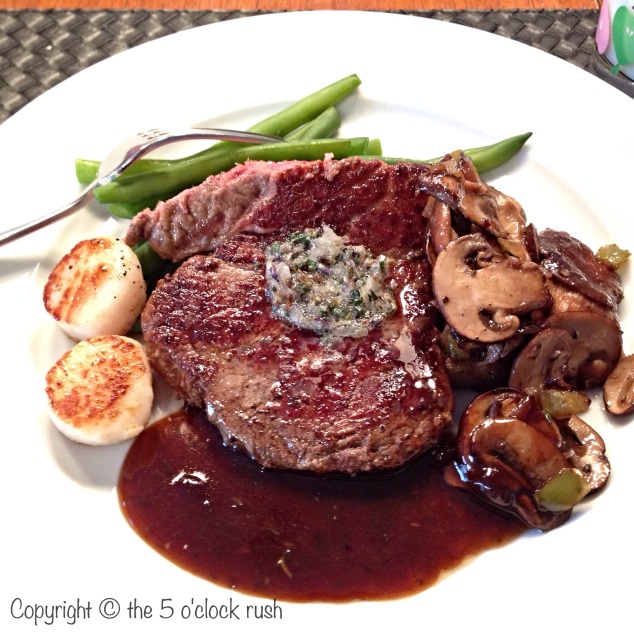 Unlike your set of knives, a good quality skillet will not cost you a small fortune. Most hardware or large retailers sell a 10-to 12- inch pan in the $40 range. Flea markets and yard sales often sell perfectly good cast iron skillet just because they don’t know how to season them.

You are not limited to cooking a steak or frying an egg.  You can make hundreds of completely delicious things in this one pan.

Skillet Chocolate Chip Cookie, Recipe from Everyday Food, October 2013 or Donuts, or Chicken for your salad. 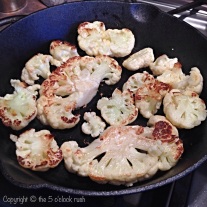 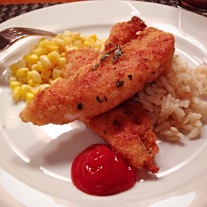 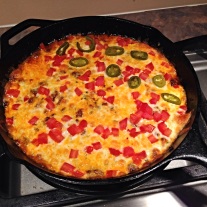 Preheat oven to 325°F. Using a cloth or paper towel, apply a thin coat of vegetable oil to the inside and outside of the skillet. Place the skillet upside down on the oven’s center rack. Place a sheet of aluminum foil below the rack to catch any drips. Bake for an hour. Turn off heat and allow to the skillet to cool completely before removing from oven.

Once your skillet is seasoned, do not wash it with soap. The soap will break up the tiny oil molecules that are embedded on the pan and make it not-so-nonstick.

For best results, rinse the pan with hot water immediately after cooking. Do not soak it. If you need to remove burned-on food, scrub with a nonmetal brush and salt, a natural abrasive, this will absorb oil and lifts away bits of food but also preserve the non-stick surface.

Rinse away salt and wipe dry.

A seasoned skillet is smooth, shiny, and non-stick. You’ll know it’s time to re-season if food sticks to the surface or if the skillet appears dull or rusted.